12 Mountain Climbing and Hiking trips in the Heart of Motherland Africa- Tanzania
Ready to reach the peaks. Start wih mountain climbing in Africa. View Africa from above!

Nena
June 9, 2017
Africa Kilimanjaro mountain climbing Tanzania Travel Wildlife
Planning to travel to Africa and venture on mountain climbing?  Let's start at the beginning of creation, the heart of the motherland, Tanzania. Many nature lovers, come out to explore amazing wildlife and exciting Safaris. Others that have little interest in game drives and Safaris opt for climbing and hiking adventures. It becomes a combo of a Safari and a mountain climbing venture as the lush pathways have many wildlife sightings as well. 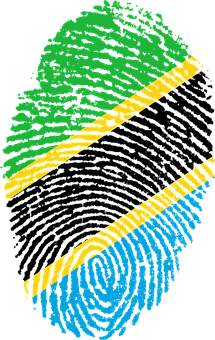 A traveler to Tanzania aiming to reach the peaks [amazon_link asins='B071JMSP63,1493025147' template='ProductCarousel' store='exploremoth07-20' marketplace='US' link_id='d40d2045-41eb-11e8-930d-193b66bb7328']usually aim for Mount Kilimanjaro.       Other mountain ranges that have attractive peaks are in the North and East of Tanzania. We have Mt Meru, Ol Donyo Lengai active volcano, and the tamer Usambara Mountains, gentle Crater Highlands slopes.

[amazon_link asins='B00ZNH7C42,B076CQ36FR' template='ProductCarousel' store='exploremoth07-20' marketplace='US' link_id='f7fd1b1e-41eb-11e8-924b-7bf09ef2a8a8'] First on the list is Mount Kilimanjaro. In the northern Tanzania plateau with snowy peaks, above the rolling hills.The glaciers and slopes reaching way above the clouds.

Mt Meru Crater is neglected if favor of his East neighbor Mt Kilimanjaro. This mountain close to Arusha National Park is definitely an experience that will be an unforgettable memory. The low slopes are covered in a highlight of a dense forest where buffalos graze and the colobus monkeys play. This extinct volcano has a base of a perfect crater and an additional inner crater with sheer, sharp cliffs. The subsidiary peak is formed by the Ash Cone. Momela lakes and Ngurdoto Crater are visible from the mountain slopes.

Stretching all the way from the Taita Hills South of Kenya to the Southern Highlands of Tanzania the Eastern Arc mountain range has a long history of geological activity. It is estimated to be over a hundred million years old and some formations are six hundred million years old. The climate stability allows this area to inhabit a wide array of insect and plant life to amazing species of birds.

A low altitude range of mountains that on the border of Lake Nyasa.It is in a remote location and difficult to reach as the pathways are uncharted for the climb and are usually unexplored.

A few hours away from Arusha, a day trip to the Monduli Mountains can either be a journey of a casual day trip or part of a hiking itinerary that is longer. Massai herd cattle along the slopes and various cultural tour programs offer visitors an opportunity to learn about traditional medicines and local culture of the Massai. It is surrounded by views of the rift valley, Mount Meru, and Mount Kilimanjaro.

Located on bumpy tracks about 200km on the South East of Arusha, the extinct volcanic crater is a stunning feature above the plains.It is usually a two-day climb, that takes trekkers via several tribal lands including the semi-nomadic  Barabaig, known for goatskin garments.

Overlooking The Kenya bushland and Lake Natron, Ol Donyo Lengai meaning ' the home of God' in Massai, this is an active volcano and an undiscovered and spectacular climb in Tanzania. It has sporadic volcano eruptions, sending gray lava streams down the rim of the crater and spits out hot ash into the air. The climb is usually overnight for hikers to experience the spectacular sunrise over the escarpment of the Rift Valley.

On The Eastern Arc range in the North East of Tanzania lies the remote Pare Mountains and is extremely rewarding to trekkers on a search for trails off beaten paths. It is home to the Pare tribe, pastoralists, and agriculturists who have retained traditional life.A Pare mountain hike takes visitors through beautiful forests and local villages, part of Tanzania that is little visited.

The Udzungwa Mountains is located on the west of Dar es Salaam.It rises from the West of Selous Game Reserve. Vervet monkeys play in the forests and forest antelopes can be viewed at certain times of the day. The botanical diversity is exceptional, and the park hosts numerous endangered species of birds. The peak of the mountain offers views of the Selous game reserve and the coast of the Indian Ocean. It is a worthwhile venture.

The Uluguru mountains overlook the Morogoro agricultural area and part of the Eastern Arc range. Named after the Luguru tribe, a group that farms on the verdant slopes.This area is amidst the oldest forests in Africa.Hiking here is pleasant and rewarding.It has a plethora of endemic insect and bird species.

Part of the Eastern Arc in the North East and is divided by 4km valley of farms and small villages. There are day trips and overnight treks, taking visitors through an area of concentrated biodiversity. Bird watching is rewarding and the views include the Indian Ocean and Massai Steppe. Welcome To Tanzania!  #ExploreMotherlandAfrica.
🔖Tags: Kilimanjaro mountain climbing Tanzania Tanzania Safari package
Share on Facebook
Share on Twitter
PreviousThe other side of Table Mountain – Cape Town
NextMystical Wonders of Tanzania : Leaping red monkeys, Crawling Coconut Crabs, Traces of First Human Life on Earth