Nena
July 3, 2017
Africa culture Malawi Travel
Mzuzu is the capital of the northern region. The famous Livingstonia Mission and its museum is close.

900 m above Lake Malawi there are views of incredible beauty across the lake to Tanzania. Livingstonia is a mission settlement dating from 1894 and established by Robert Laws a disciple of David Livingstone.   [amazon_link asins='1480112054,1847010644' template='ProductCarousel' store='exploremoth07-20' marketplace='US' link_id='b55c9f5c-41f1-11e8-9b87-81f00744e1b3'] The Old Stone House, which was the home of the Laws family, is now a resthouse and museum. Explore Lilongwe, Malawi's capital. Alongside the traditional Old Town, with its markets, is the modern city and seat of government with its imaginative architecture in a garden setting.

Blantyre,  is the commercial capital of Malawi as well as the largest town. It was established at the end of  19th century. It is really two towns: Blantyre and Limbe, joined by a development corridor.  The city was originated by David Livingstone's Scottish missionaries. It's named after Livingstone's birthplace in Scotland. Blantyre has many historical buildings including, Old  Boma, the original town hall. The Mandala House , built in 1882 was the African Lakes Company headquarters. It was the first two-storey building in Malawi and is believed to be the country's oldest house. The most impressive are the tow churches, All Angels  an St Michael . These were  with no  formal architecture, construction o brick-making training

You'll find the Thyolo (pronounced Cho'lo) tea estates between Blantyre and Mount Mulanje. Tea has been grown here since 1908 and the primly trimmed bushes (strictly trees) make the whole area look like a neatly kept but vast garden. Nkhotakota, on the central lakeshore, is one of Africa's oldest market towns and was once a centre of the slave trade. Or else there Nkhata Bay, a busy port and market and a favourite shop and stop place.

Everything is Malawi is handmade.  There's no factory production of curios. So have a look for woodcarvings, wood and cane furniture, soapstone carvings, decorated wooden articles, colourful textiles, pottery, beadwork, cane and raffia. The standard of woodcarving is one of the highest in Africa. The Mua Mission, south of Salima, where carvers are trained, has an excellent shop. Traditional musical instruments are also sold throughout Malawi. 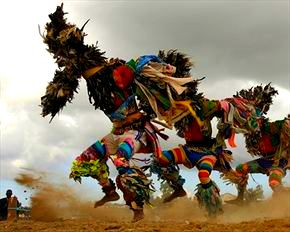 Malawi has a thoroughly deserved reputation for the friendliness of its people. This is a land of smiles, of genuine friendship. The Gule Wamkulu (performed by the Chewa and Mang'anja), with its heavily carved masks, feathers and skin paint, is an important dance in Malawian culture. Malawians have long been travellers, and their music has spread across Africa. In the late 1960s, Malawi produced its own kwela stars, like Daniel Kachamba & His Kwela Band. By the 1970s, electric guitars, American rock and roll, soul and funk influenced the music scene, to create a fusion called afroma lead by the band New Scene, led by Morson Phuka. The 1980s saw soukous from the Democratic Republic of the Congo become popular. The Malawian variety was called kwasa kwasa.  The traditional music of Malawian music has also reached commercial success, like folk fusionist Pamtondo, whose music uses rhythms from the Lomwe, Makuwa and Man'ganja peoples. Music can be the food of love.  But sometimes you need some real food.  And malawi's got some special tastes. Chumbo - tilapia fish is the main lake delicacy.  Eaten with Mthochi - bread made from bananas and Mbatata cookie made with sweet potato and cinnamon it's a great meal. Top it off with Malawi gin and tonic,  Inexpensive and it's developed an almost cult status.
🔖Tags: africa Malawi travel
Share on Facebook
Share on Twitter
PreviousGetaway Escape to Mafia Island
NextExplore Motherland Africa – A Whirlwind Walk in Botswana- Lush Greenery and a Wealth of Wildlife