Democratic Republic of Congo- DRC- A pathway into the unknown

Nena
July 22, 2017
Africa DRC endemic Travel Wildlife
The fast-growing tourism flow in is centered on  Parc National des Virunga, drawing travelers to return to the most challenging, thrilling destination in Africa, the DRC Bukavu a once attractive city,  was built on the land that flows out into the lake Kivu,   a totally cosmopolitan sparkling wonder.   The city had a beautiful backdrop of steep mountains and the placid waters of Lake Kivu in front.  For many travelers, Bakavu became a popular stopover en route to view lowland gorillas in natural habitat at Parc National de Kahuzi Beiga. [amazon_link asins='178032345X' template='ProductCarousel' store='exploremoth07-20' marketplace='US' link_id='926f5ce3-420d-11e8-81e3-b3883a2edbaa'][amazon_link asins='1610806174' template='ProductCarousel' store='exploremoth07-20' marketplace='US' link_id='9dda08d8-420d-11e8-8525-9589d62ddd0b']

Beni is a small town at the crossroads of routes going from the north to south Congo. It is the most convenient base for climbers trekking up the slopes of the Ruwenzori Mountain from the DR Congo side The Kahuzi-Beiga National Park covers an area of around 600,000 hectares. The park gets its name from the two highest peaks in the park, Mts. Kahuzi and Beige. The park spreads across an area of thick forests, varying from dank patches of bamboo to dense tropical forests.  A third of the park is made up of stunning bamboo forests, home to various birds and animals including many simian and primate species,  buffalo, elephants,, antelopes, mongoose, and leopard. In more peaceful times, many tours are operated in the park including ones for climbers up to the Mt. Kahuzi.

While real stability remains many years away, the cautious development of

During peaceful times, tours are operated in the park including ones for climbers up to the Mt. Kahuzi.

Virunga National Park is the oldest and most famous of the national parks in RD Congo. It encompasses parts of Uganda and Rwanda and includes the craters of Nyiragonga and Nyamuragia. The conservation area was  designed primarily to protect highly threatened mountain gorillas but now has  population huge  populations  of buffalo, antelope, elephants. hippopotami, warthogs, lions and leopards spread out in a 12,000 sq km area. The DRC is the most mineral resource rich country in Africa. Currently, it is estimated that 64% of the world's coltan reserves are located in the DRC, while 34% of the world's cobalt and 10% of the world's copper reserves are found in the country's Katanga province. The Democratic Republic of the Congo rainforests contain  a biodiversity, including a large number of endemic and  rare species, including the common chimpanzee as well as the bonobo ( Pygmy Chimpanzee), okapi, mountain gorilla and the white rhino     Welcome , Explore Motherland Africa 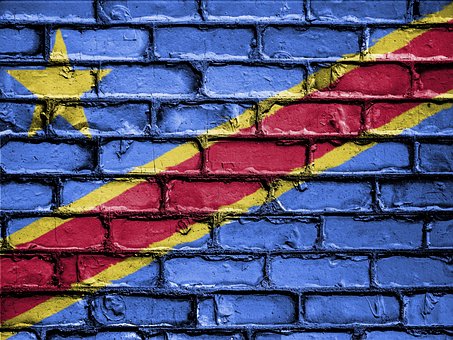